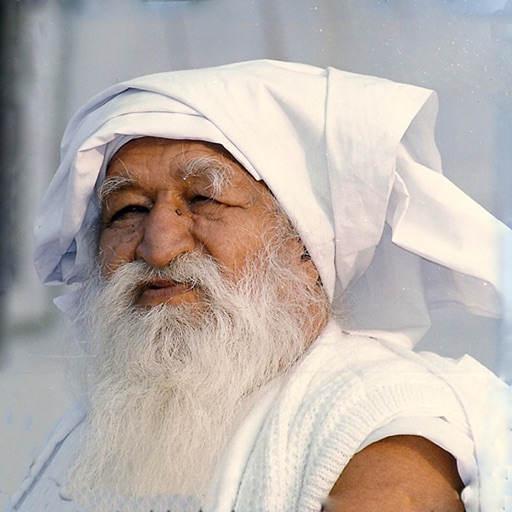 Jai Gurudev was the name used by Tulsidas Maharaj, a religious leader in northern India.

Tulsidas ji Maharaj also known as Baba Jai Gurudev (Hindi: बाबा जय गुरुदेव) was an Indian spiritual guru, regarded by his devotees as a saint. No firm information is available on Baba Jai Gurudev’s birth date or early life. A hagiography has grown around him including stories that hold special meaning to his devotees and are considered evidence of his divine nature. Jai Gurudev is said to have been born in Khitora, a small village in the Etawah district in Uttar Pradesh, India. His father was a landlord. When he was a child he lost his parents. As she died his mother is said to have asked him to find God and avoid being ensnared in transient worldly pleasures.

He left home when seven years old. He visited temples, mosques and churches seeking a perfect spiritual master. His search ended when he met saint Ghurelal Sharma in the village of Chirauli, Aligarh district, Uttar Pradesh and was initiated by him. baba Jai Gurudev followed and practised the path as guided by his spiritual master, initially performing sadhana for over 18 hours a day. Just before his death in December 1950 saint Ghurelal Sharma instructed his three sons to follow baba jai guru dev and instructed him to spread his message to mankind.

He started preaching on 10 July 1952 in Varanasi. His preachings later reached most parts of India and abroad. Initial discourses were based on social and spiritual development. Following instructions from his guru, Saint Tulsidasji chose a name for God, Jai Gurudev, which he started to use. This caused him to be known as Baba Jai Gurudev. 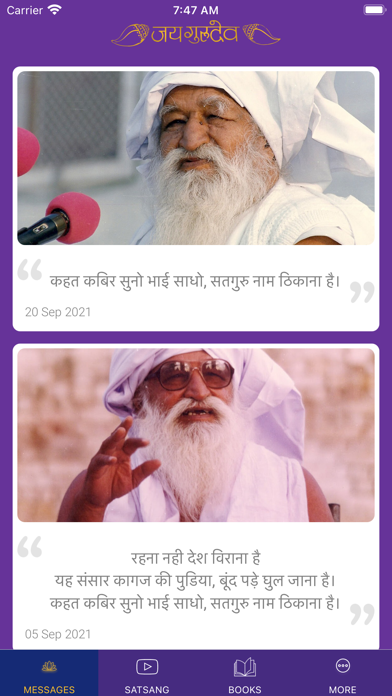 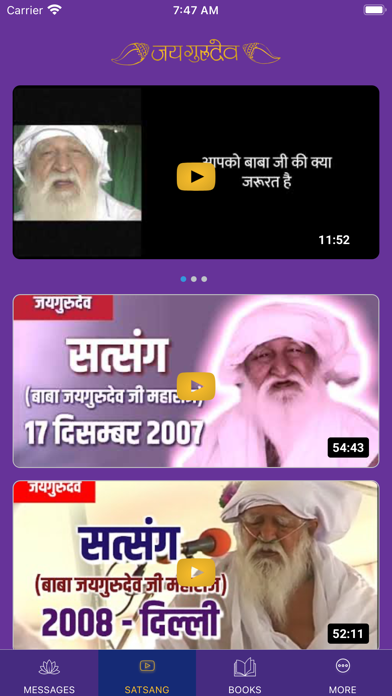 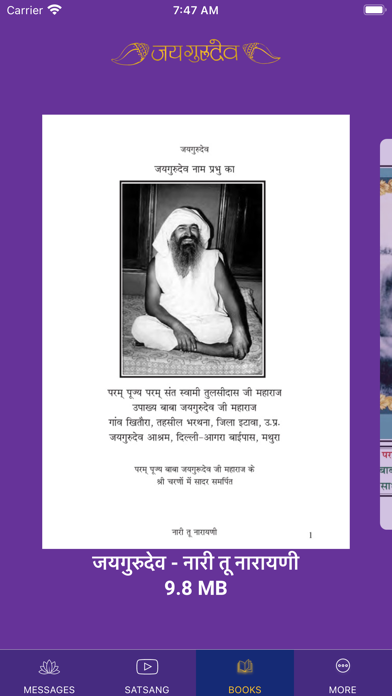 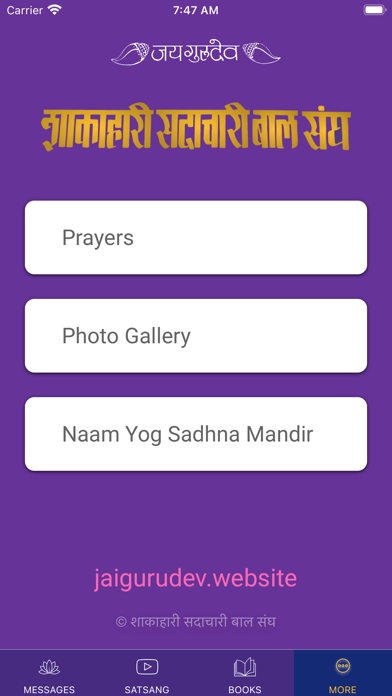 Impression and review of people to iPhone App [Jaigurudev – Satsang]!